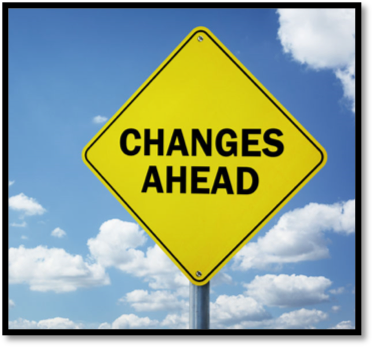 On Monday, March 15, 2021, Governor Ralph Northam signed legislation to conform the Virginia tax code to the U.S. Internal Revenue Code from December 31, 2019, to December 31, 2020. The key provision relating to small businesses and PPP tax treatment is…Virginia will allow a deduction of up to $100,000 for loan proceeds used for valid business expenses in tax year 2020.

Prior to this revision, small business owners were faced with the prospect of paying state income tax on a portion of PPP loans. This was triggered by the initial reaction of Old Dominion lawmakers that loan proceeds used for valid business expenses were not deductible in determining Virginia income taxes. That position was in-synch with the original provision of the federal Consolidated Appropriations Act, 2021 (CAA).

However, when the CAA was amended to permit 100 percent deductibility of loan proceeds used for business expenses, Virginia did not follow suit. The result…a significant state income tax burden for many businesses.

The January 2021 issue of the Blair Bulletin recapped the extended financial relief afforded by the CAA. Here’s a quick summary of the revised federal rules followed by the net negative effect prompted by Virginia’s lack of conformity to the IRS rules.

In a reversal of previous rules, the IRS issued guidance regarding allowable deductions for recipients of PPP loans. Previously, the IRS stated businesses that have had their PPP loans forgiven were not permitted to claim deductions for wages, rent, utilities and other expenses to which the borrowed funds were applied.

The revised guidance overrides the previous rules and clarifies that business owners may now enjoy those tax breaks retroactive to the initial PPP loan grants. That means business owners under the new rule will benefit from loan forgiveness by the IRS, i.e. a non-declarable infusion of revenue, plus tax deductions for the now-allowable expenses to which the PPP loan funds are applied. Net result…tax-free money used to generate additional cash flow.

As stated above, the initial reaction by Commonwealth legislators was that Virginia businesses will not be required to pay state income tax on PPP loans…however, deductions were disallowed for loan proceeds used for valid business expenses. That triggered a vigorous response from both business owners and their tax advisors who petitioned for conformity in Virginia tax treatment of businesses to mirror federal rules.

That debate came to a head with the passage by the General Assembly of HB 1935 and SB 1146…both now signed into law by Governor Northam. While the bill does not fully reconcile Virginia tax law with that of the feds, it does allow a deduction of up to $100,000 in valid business expenses for tax year 2020.

Let’s take a look at the state income tax bump for a sample Virginia company that received $125,000 in PPP loans. That entire amount is tax-free in year 2020 at the federal level. Not so in filing Virginia taxes. In contrast, $25,000 will be taxed as income!

As further evidence of the potential financial hit for a Virginia business…assume for a moment that our sample company just broke-even in tax-year 2020. In the above described Virginia state scenario, the $25,000 is now declared as income. Consequence…our “break-even” business is on the hook for state income tax on what is clearly federal grant money, not earned income.

Have Immediate Questions or Concerns!
Blair + Assoc stand ready to help as needed. A phone call or email is all it takes.
We’ll respond promptly.