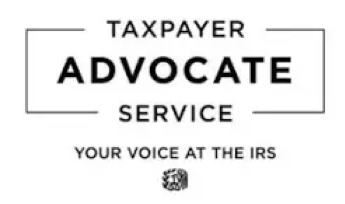 National Taxpayer Advocate Erin M. Collins released her statutorily mandated midyear report to Congress. The report expresses concern about continuing delays in the processing of paper-filed tax returns and the consequent impact on taxpayer refunds. At the end of May, the agency had a backlog of 21.3 million unprocessed paper tax returns, an increase of 1.3 million over the same time last year.

What follows are highlights of the report. For more detail please Click Here.

• Among business taxpayers, many have been waiting extended periods to receive Employee Tax Retention Credits for which they are eligible, in addition to their regular refunds.

• More than 90% of individual income taxpayers e-file their returns, yet last year, about 17 million taxpayers filed their returns on paper. Before the pandemic, the IRS typically delivered refunds to paper-filers within four to six weeks. Over the past year, refund delays on paper-filed returns have generally exceeded six months, with delays of 10 months or more common for many taxpayers.

• The IRS has failed to make progress in eliminating its paper backlog because "its pace of processing paper tax returns has not kept up with new receipts."

• “Had the IRS quickly used some of the $1.5 billion of additional funds provided by the American Rescue Plan Act of 2021 (ARPA), which was enacted 15 months ago, to hire and train additional employees, it could have worked through the backlog, answered more taxpayer telephone calls and otherwise improved taxpayer service."

• When a taxpayer receives a notice and is requested to respond or chooses to respond, the taxpayer must generally do so by mail. Through May 21, the IRS processed 5million taxpayer responses to proposed adjustments. It took an average of 251 days to do so – more than eight months. That is more than triple the processing time of 74 days in fiscal year 2019, the most recent pre-pandemic year.

• During the 2022 filing season, the IRS received about 73 million telephone calls. Only one out of 10 calls reached an IRS employee. Compared with the 2021 filing season, IRS employees answered less than half as many calls, but the percentage of calls answered remained about the same because they also received less than half as many calls. The time the average taxpayer spent waiting on hold rose from 20 minutes to 29 minutes.